Our Year 13s have loved having Lizzie from Bromley & Croydon Women’s Aid @BromleyWA at the academy for the last 4 weeks, training to become ‘Relationships Influencers’. They will be running projects with our Year 9s after half term about Healthy Vs Toxic Relationships and Consent https://t.co/QEGOV2eUgw

Our students are celebrating Black History month by borrowing lots of books from the library - clearly demonstrating Bookflix instead of Netflix! https://t.co/krBBrVVCQC

The Lit in Colour book launch was a fantastic success! We were entertained by wonderful students who treated their peers to performance poetry, singing and flash mob dance performances whilst over 200 books were issued in the library! https://t.co/aki7qJVmIq

She shared her experience of attending Cator Park School and answered the students' questions on topics from education and aspirations to how Parliament needs to increase diversity. Such an exciting opportunity for all involved. https://t.co/7qBTQ28vgL

The excitement builds - Lit in Colour book launch today! Fantastic, diverse & wide-ranging new books will be inaugurated, accompanied by performance poetry, dancing, and celebration songs. - the library is the place to be! https://t.co/EOADvMhRQF

Fantastic new 'Lit in Colour' books in the library. https://t.co/fFdLZtR4Nz

A snippet from one of the Year 7 reviews of the start of their secondary experience @HarrisFed https://t.co/YBClVpPr8m

Thank you to all the parents, carers and students who attended our Open Evening yesterday! #Openevening

Our students auditioning for the RAD Step into Dance audition. #RAD https://t.co/A2wrgPXgL4

Open Evening– Thursday 23rd September 2021 5pm – 8pm Book your slot here to see our Academy, hear from the Principal and meet some of our incredible students! https://t.co/4oYXhzXgei

Check out the Summer 2021 edition of our termly magazine, now on our website. https://t.co/FCv6B1M2JY @HarrisFed https://t.co/wWwaG6WZZ0

Our Open Evening is on Thursday 23 Sep 5pm-8pm. Open Mornings are on Monday 20 - Wednesday 22 Sep and Friday 24 Sep - Tours at 9am Please book your Open Morning Tours via email at admissions@harrisbromley.org.uk

Twitter WallHarris Academies
All Academies in our Federation aim to transform the lives of the students they serve by bringing about rapid improvement in examination results, personal development and aspiration.

HGABR has its first ever trip to NASA!

28 students and 5 staff members are on an experience of a life time as they embark on an exciting trip to NASA Cape Canaveral, Florida. This trip was open to all year groups with the proposed itinerary below.

Keep an eye below as we update this page with pictures from the trip, as it takes place!

Day 1 - Packed and ready for lift off! 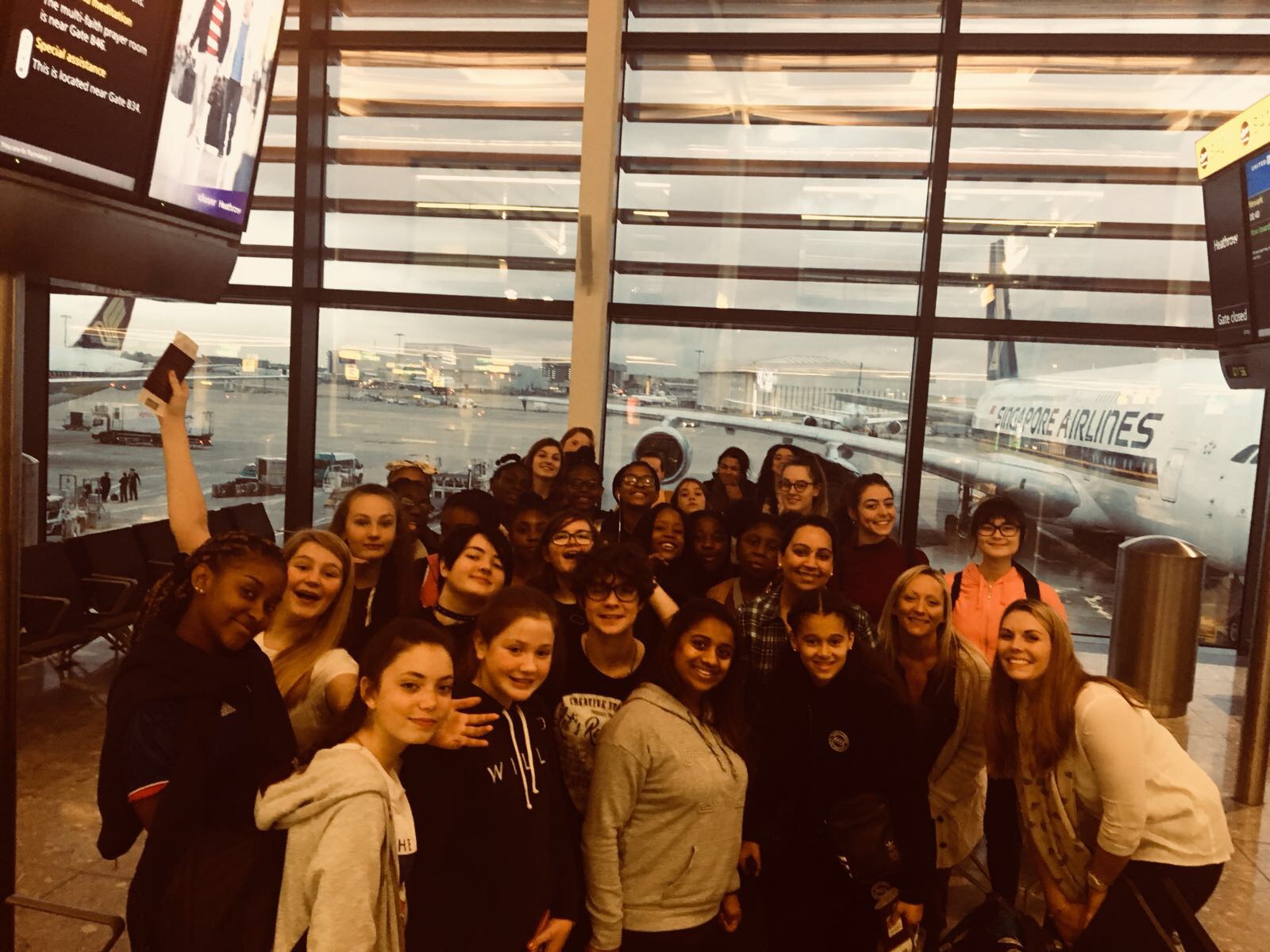 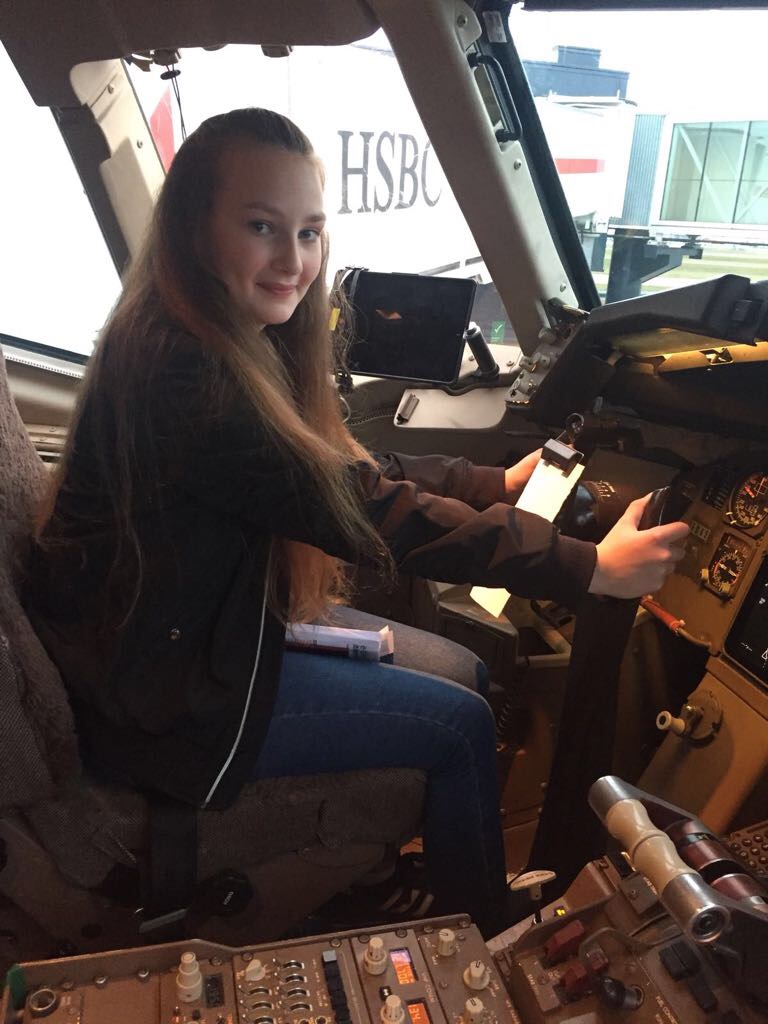 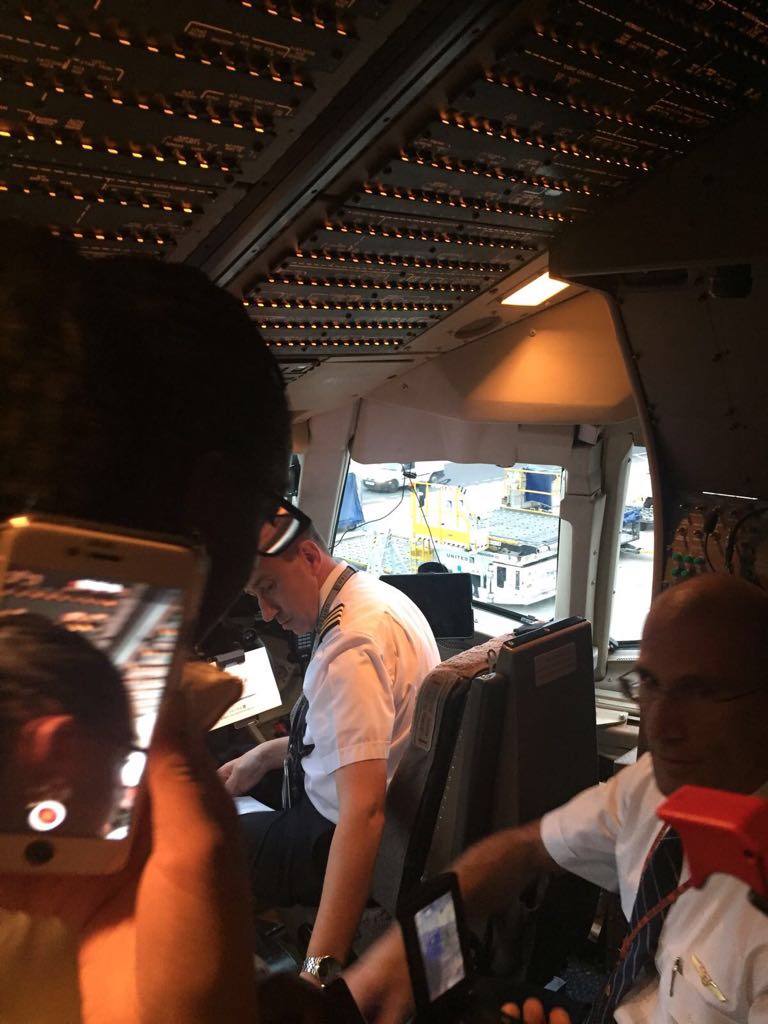 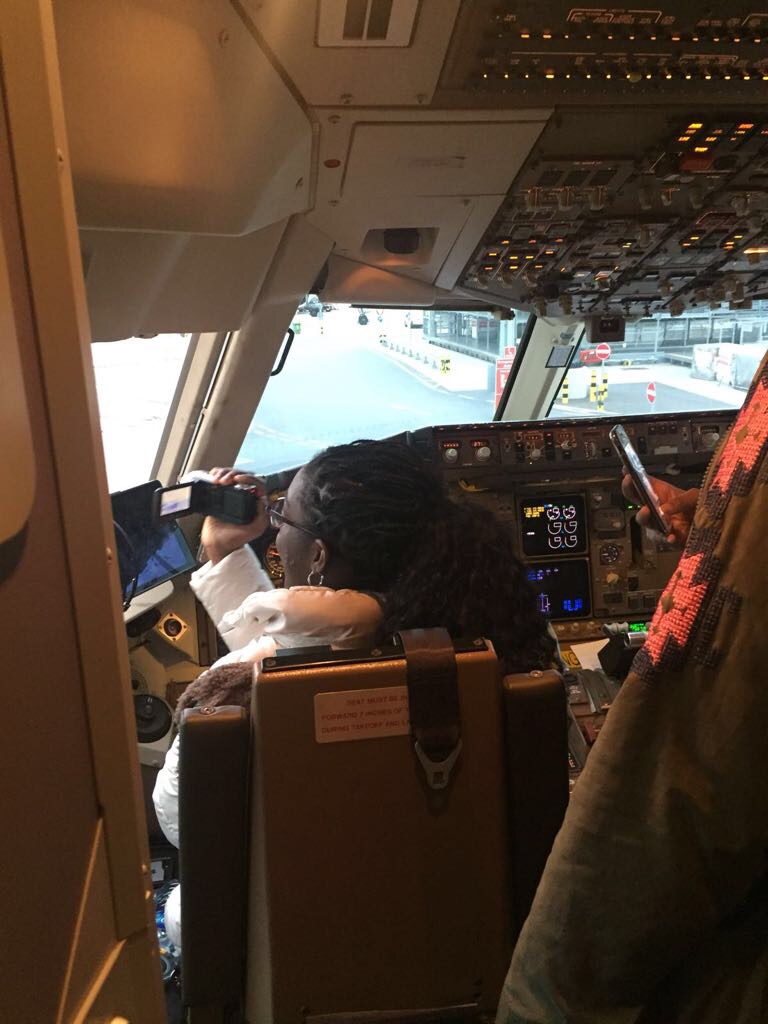 The first day in Florida was an absolutely fantastic day for staff and students. The students day began with an early breakfast and transfer to Universal, for a behind the scenes tour. The staff at Universal were very impressed and stated that our girls were one of the best groups that they had ever had, saying specifically that they were extremely impressed with their enthusiasm and thirst for knowledge and adventure. 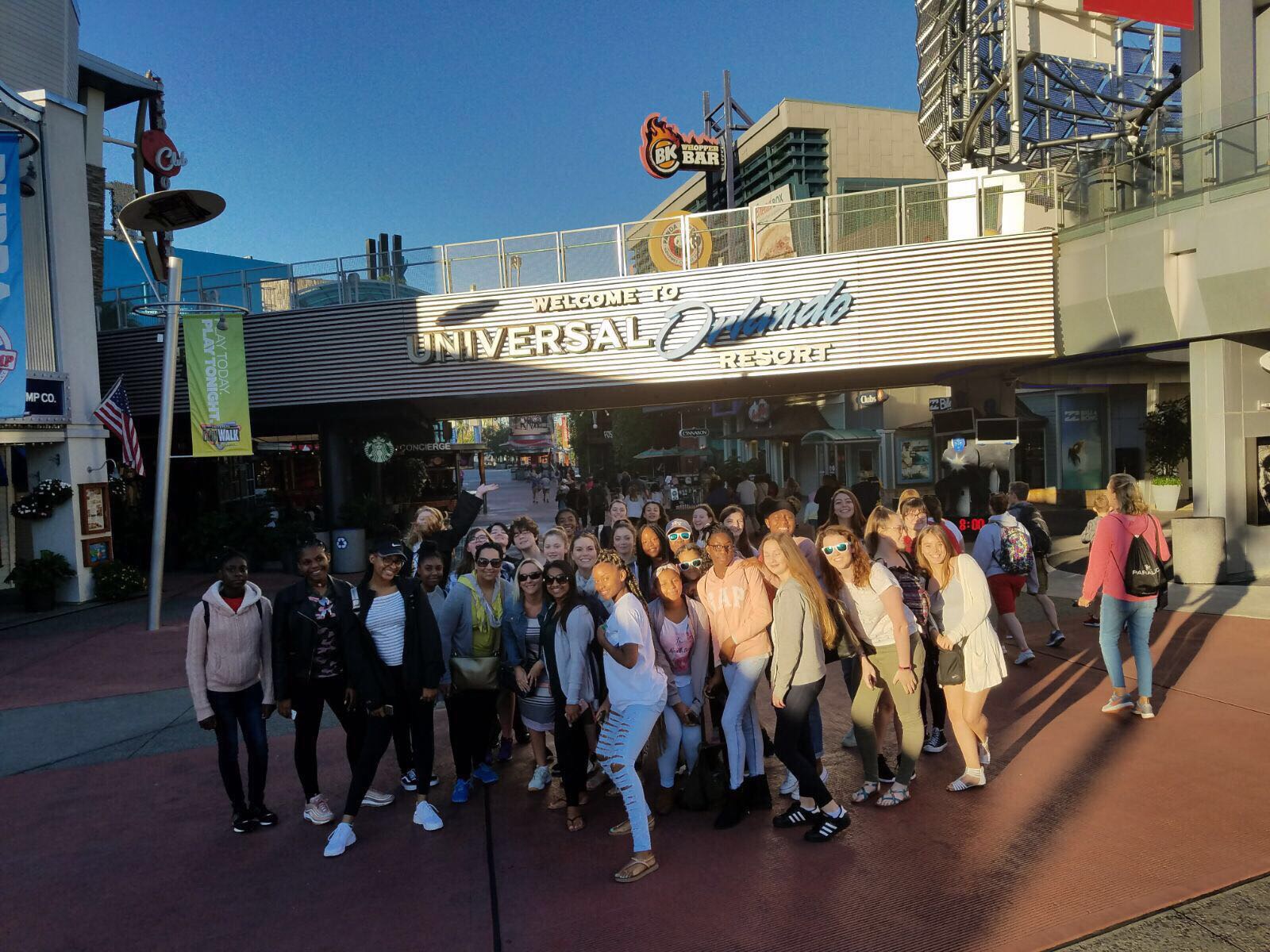 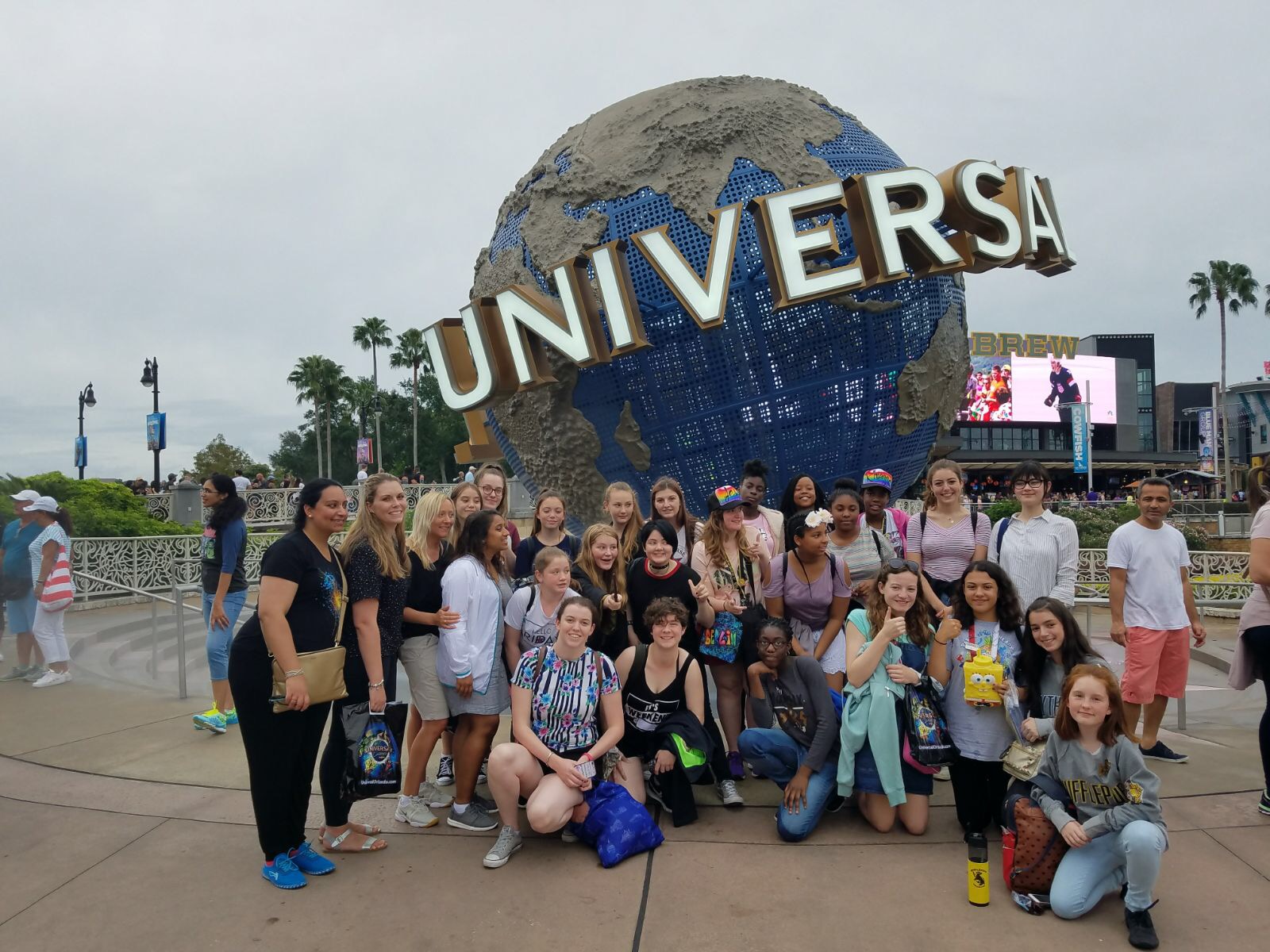 Our girls' learnt about the logistics of a launch (history etc) and astronaut necessities like using the facilities and eating, with all groups launching a mission in the discovery simulator. 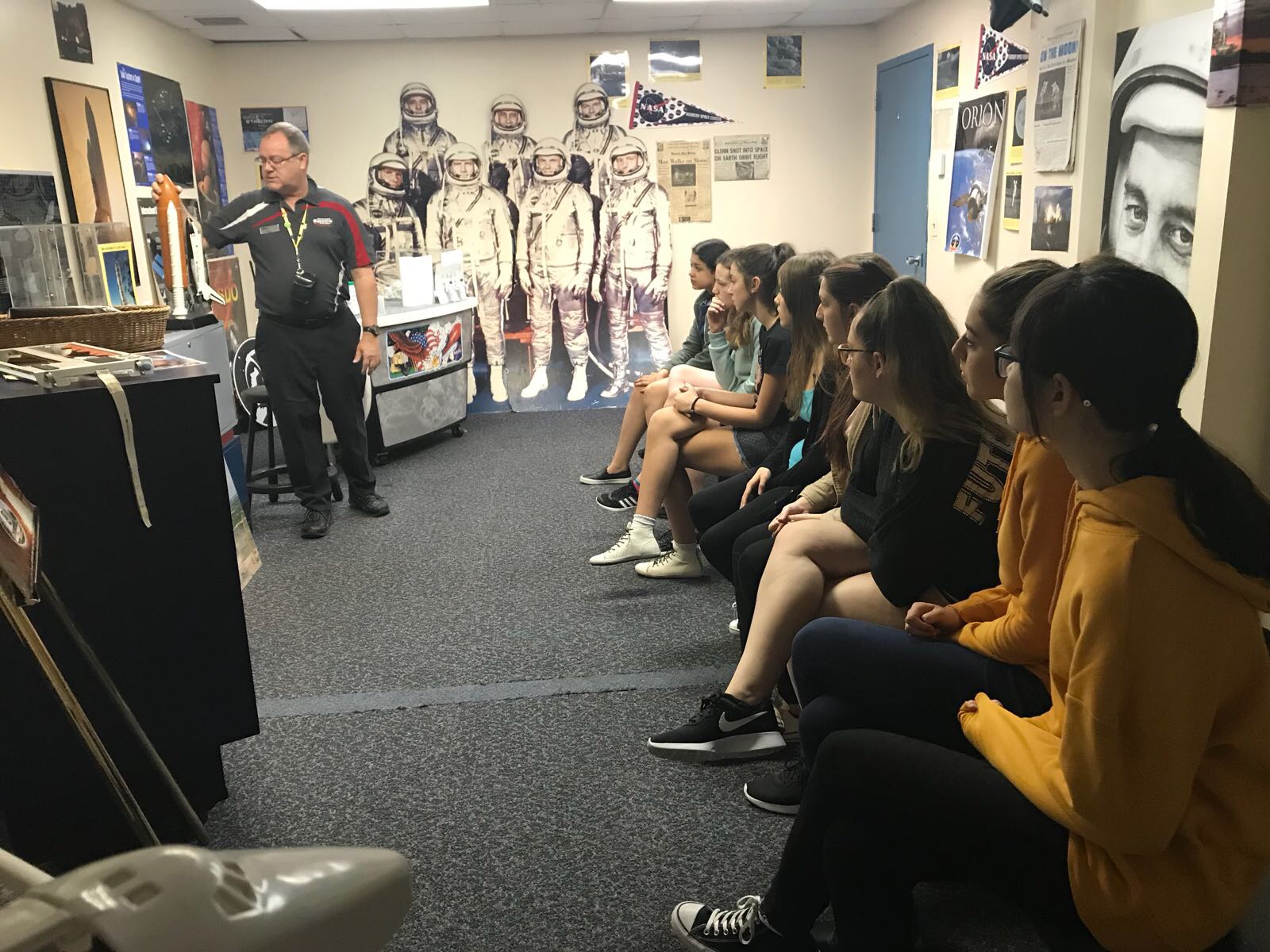 The early start of 6:30am was well worth it. The group left for NASA training at 7am and were climbing the anti-gravity wall and spinning on the multi-axis trainer by 10:30am. The girls were a credit to the academy and successfully landed their shuttles during mission control. 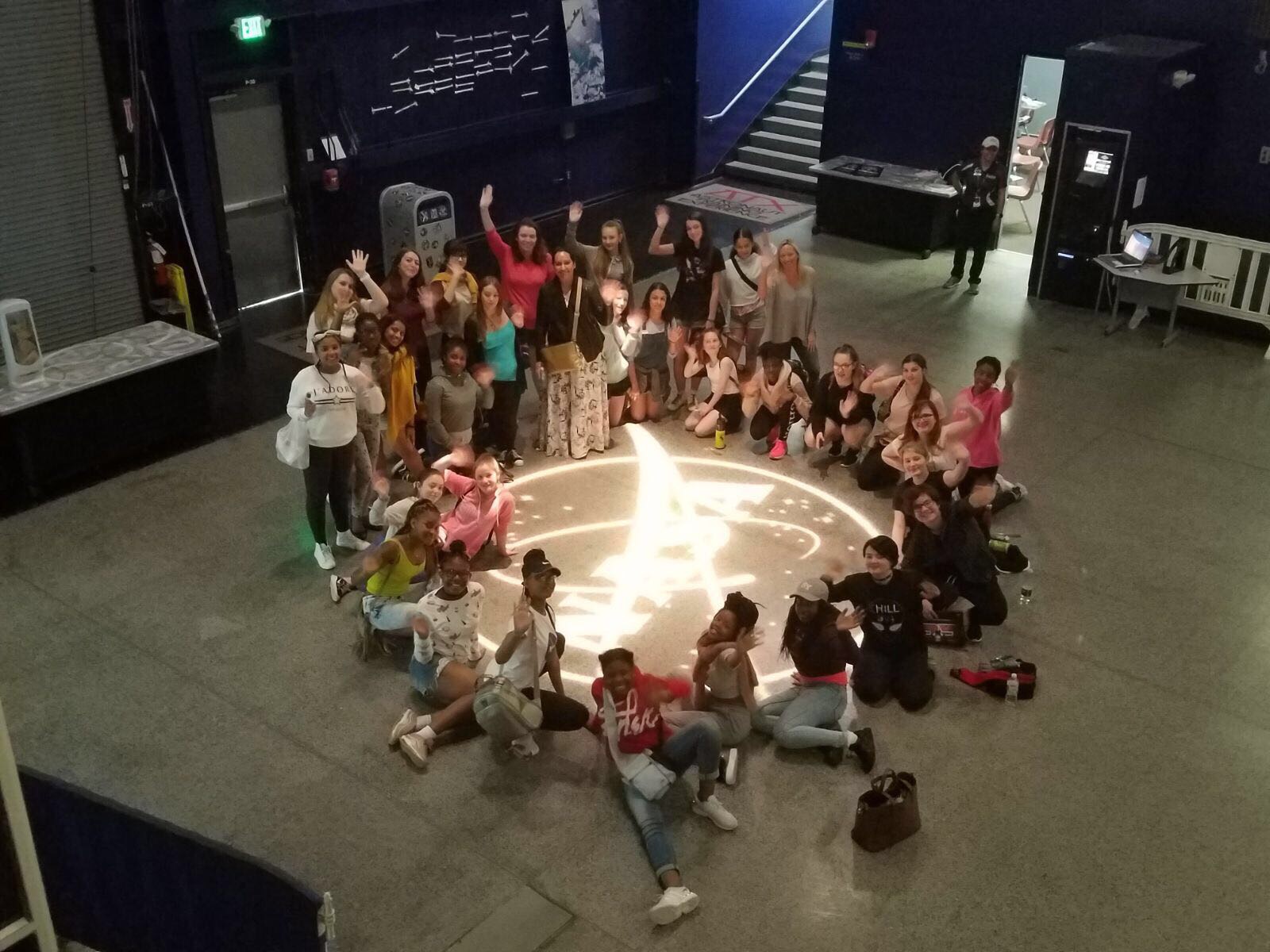 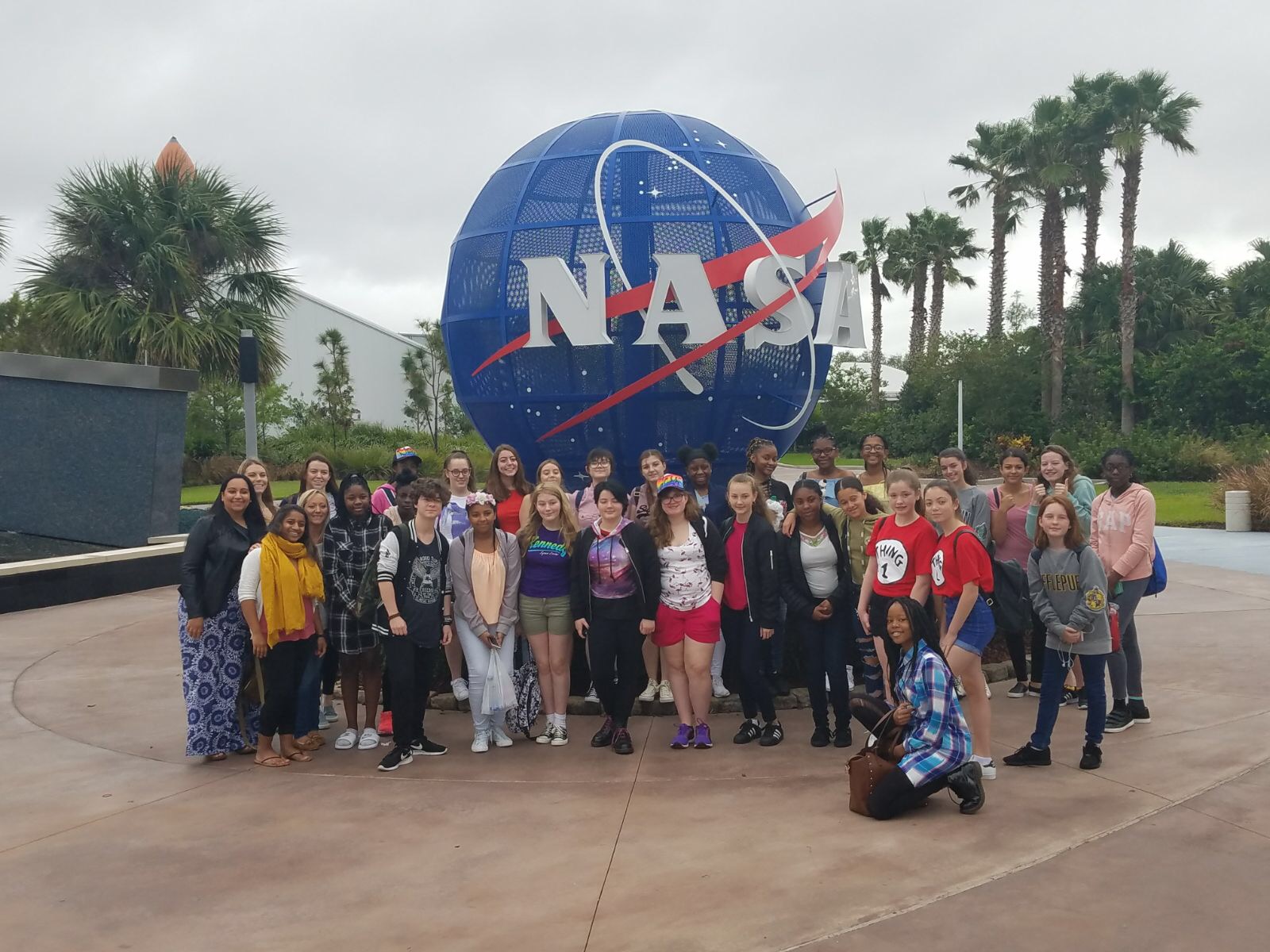 After leaving the centre they headed to the beach and while the teachers relaxed, the girls had fun in the waves. 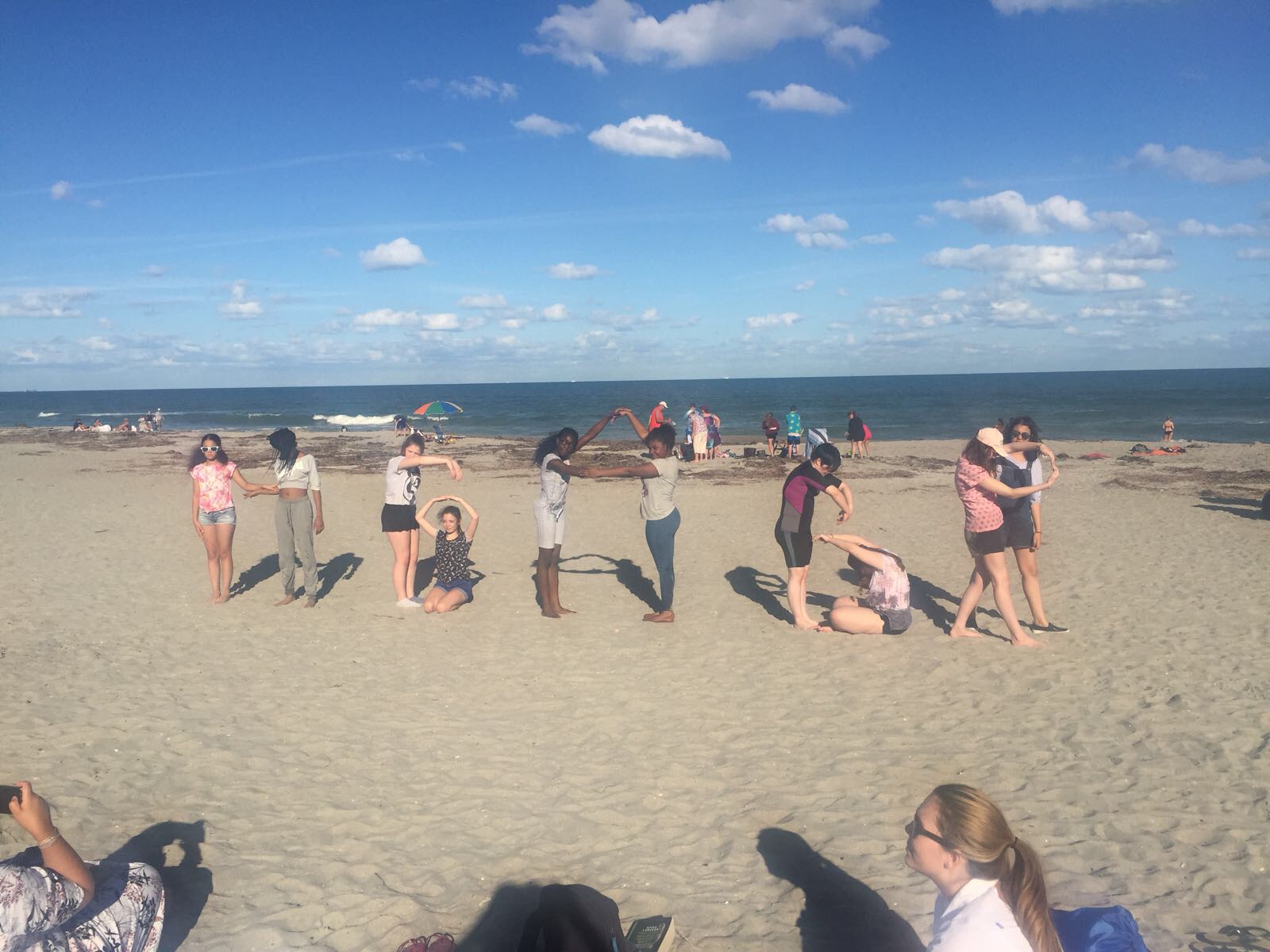 The evening was simply magical as the group watched an NBA basketball game. Orlando Magic smashed the San Antonio Spurs out of the park and Harris Bromley made the jumbotron. 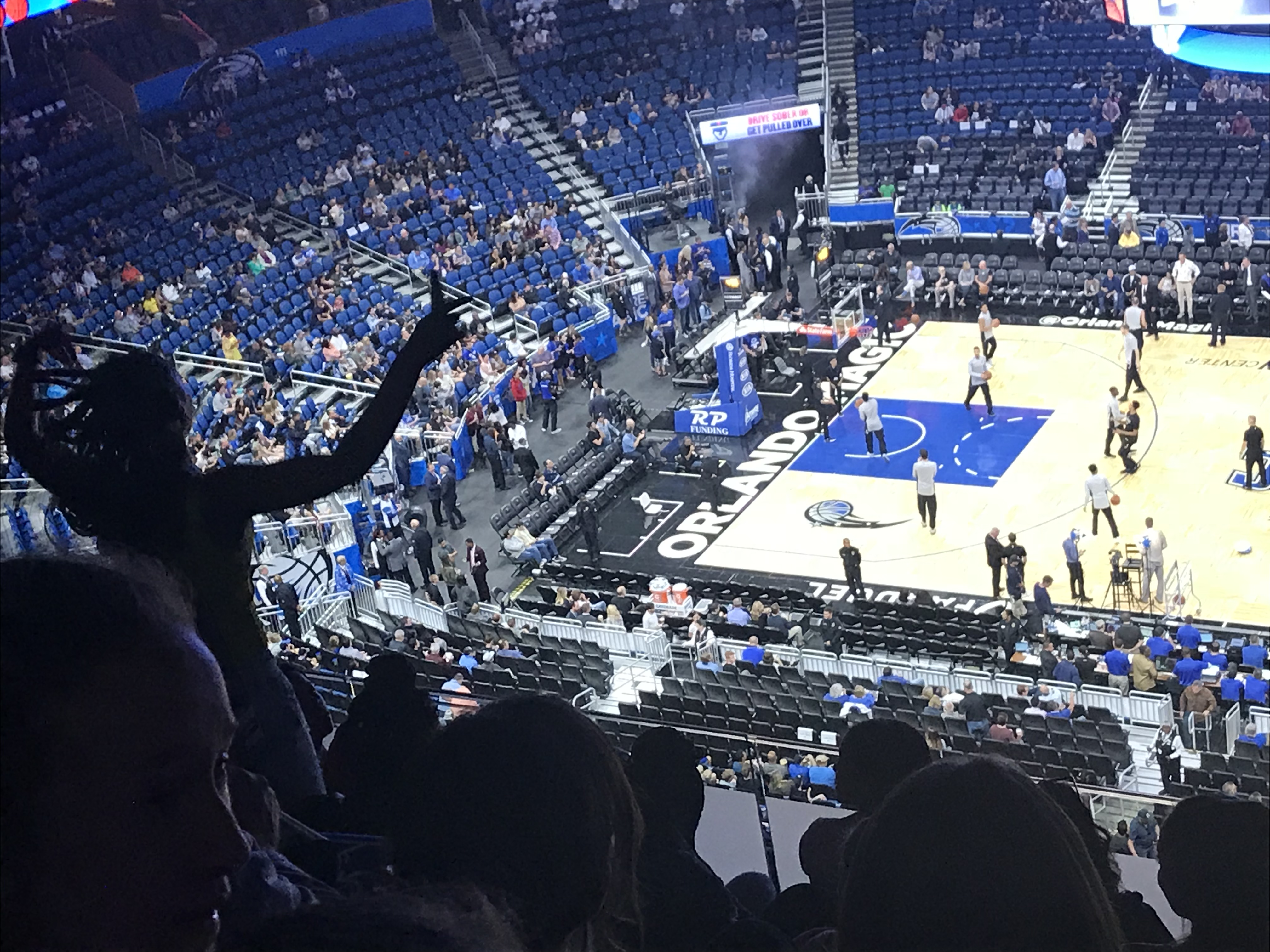 The group got to visit the Kennedy Space Centre, with a cinematic experience about the History of Space travel and NASA...only for the screen to left and reveal Atlantis, a space shuttle that went on 33 return trips to space. 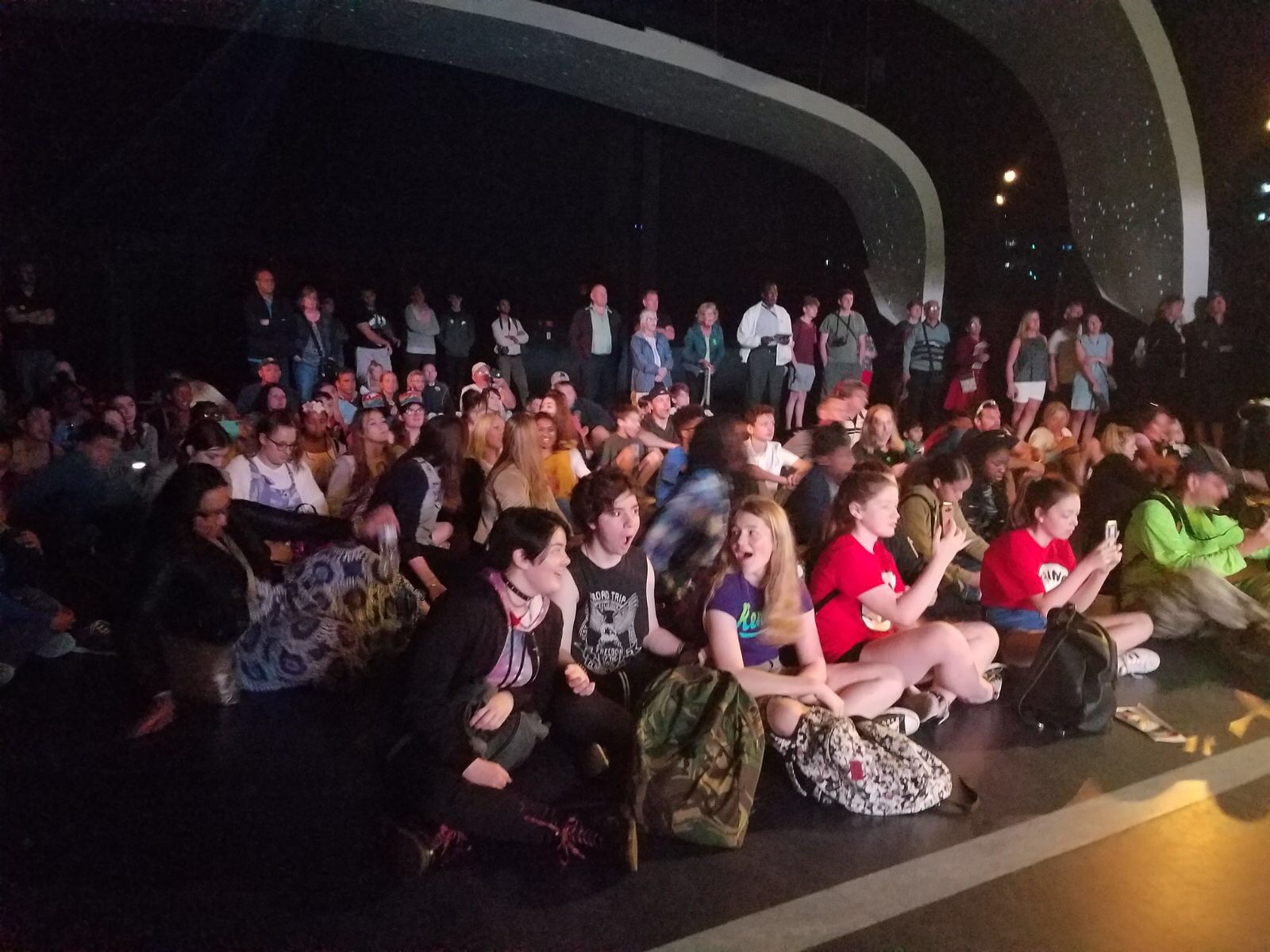 Our girls spent some time exploring the centre and enjoyed experiencing the launch simulator. Then followed a lunch with Jon McBride, where the girls were able to ask questions about his experiences in space 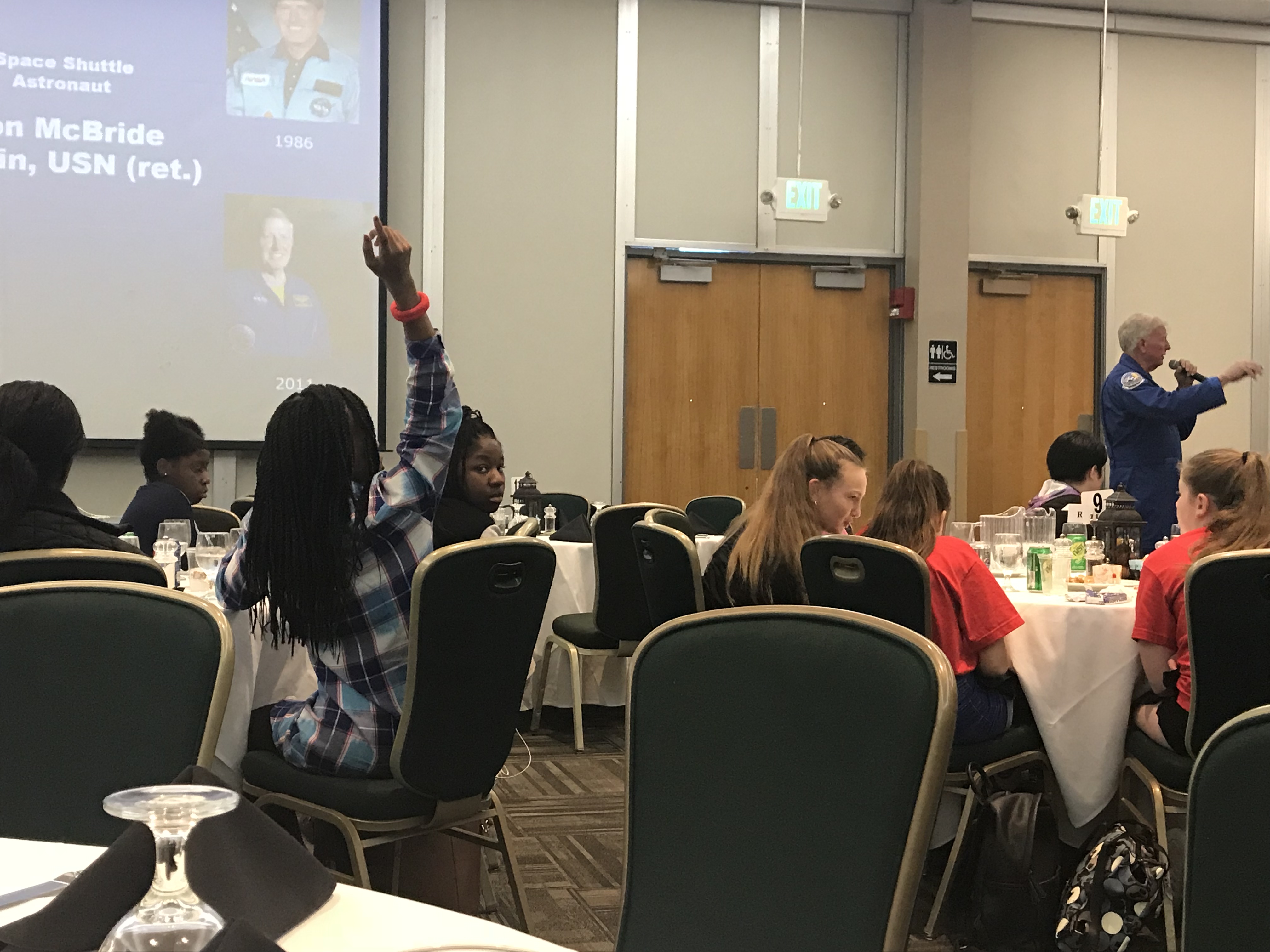 Soon after, the group headed off to the launch sites to learn more about space travel and the incredible work of NASA staff. A truly priceless and humbling experience. To stand beneath Saturn 5 was unbelievable! 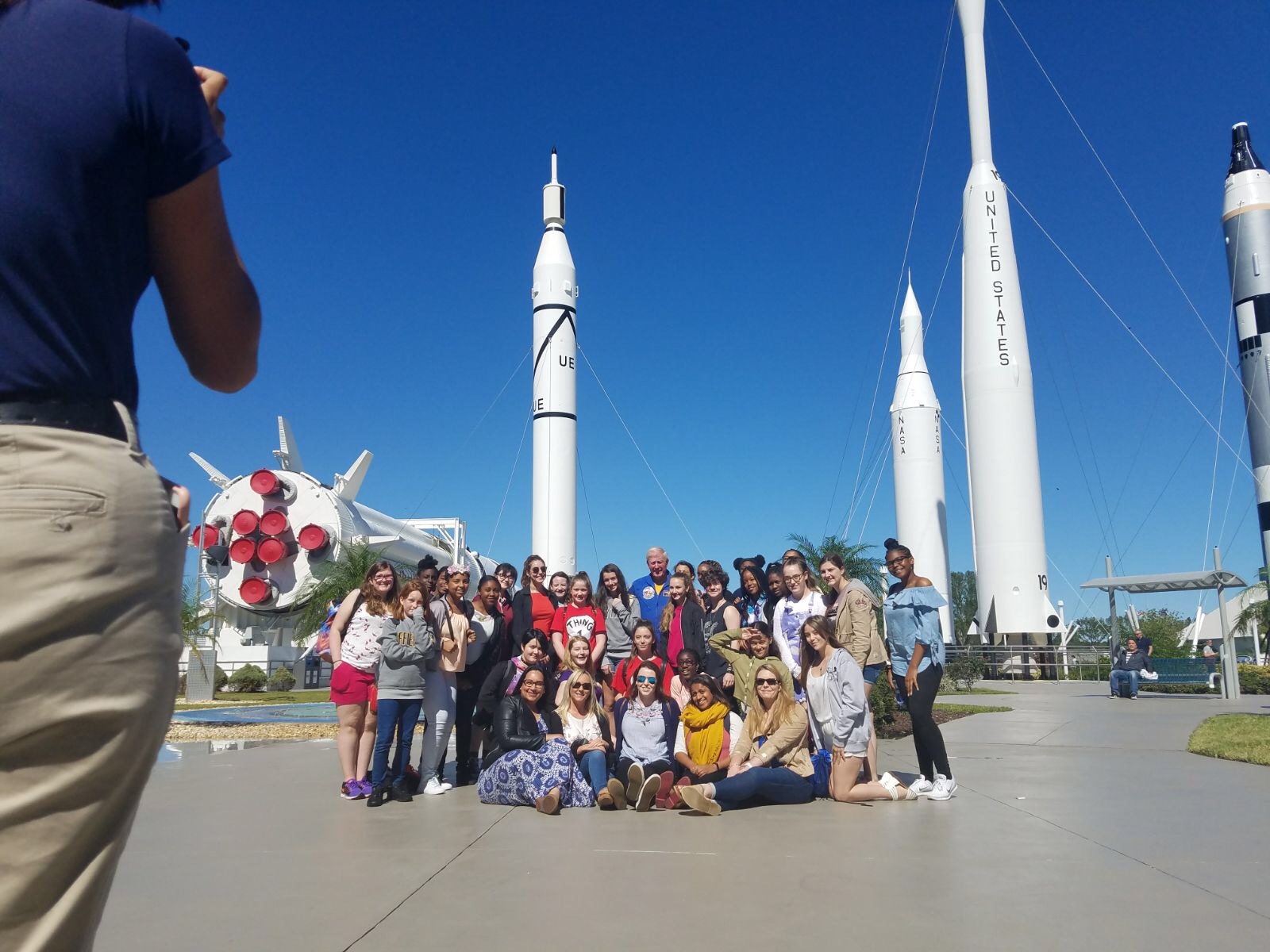 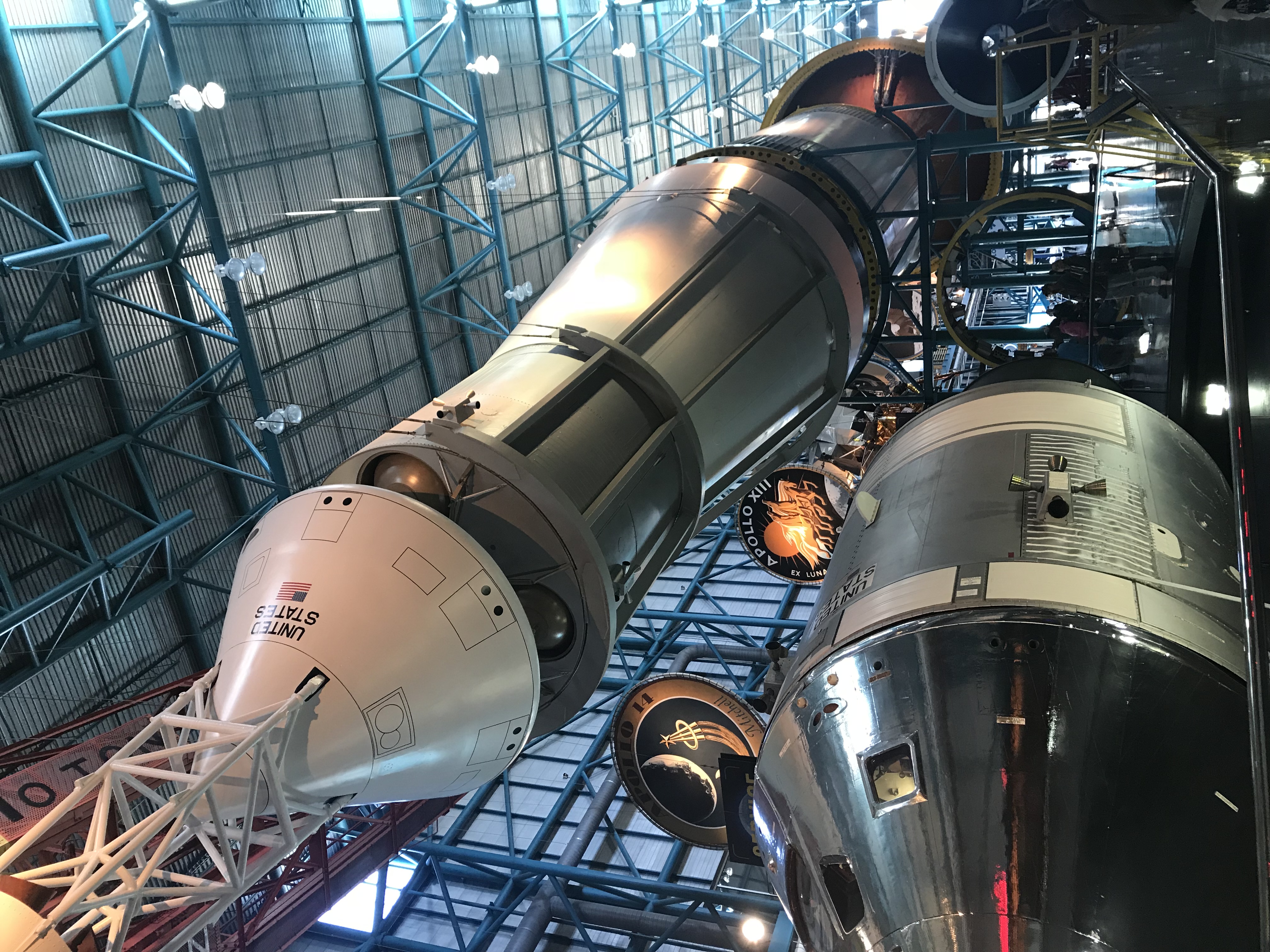 The last day of adventures had the group wrap up warm for an early (and breezy) airboat ride at the Alligator Sanctuary, Boggy Creek. 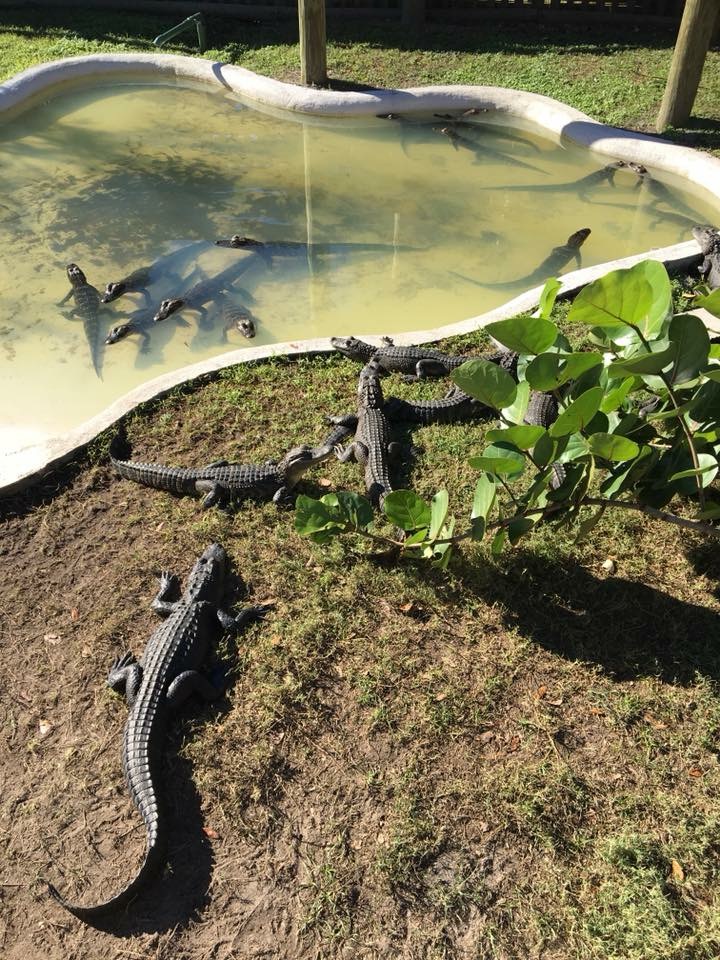 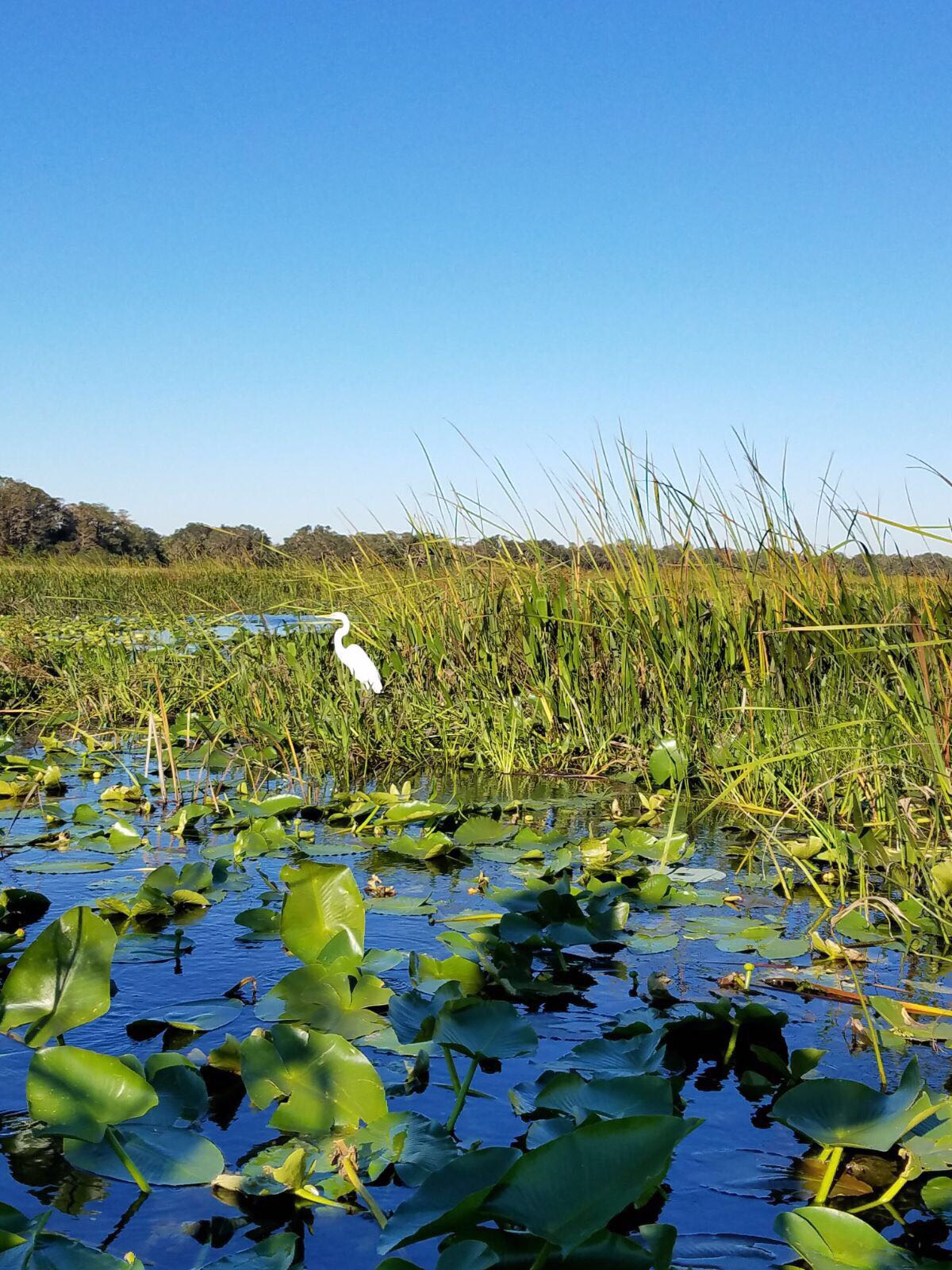 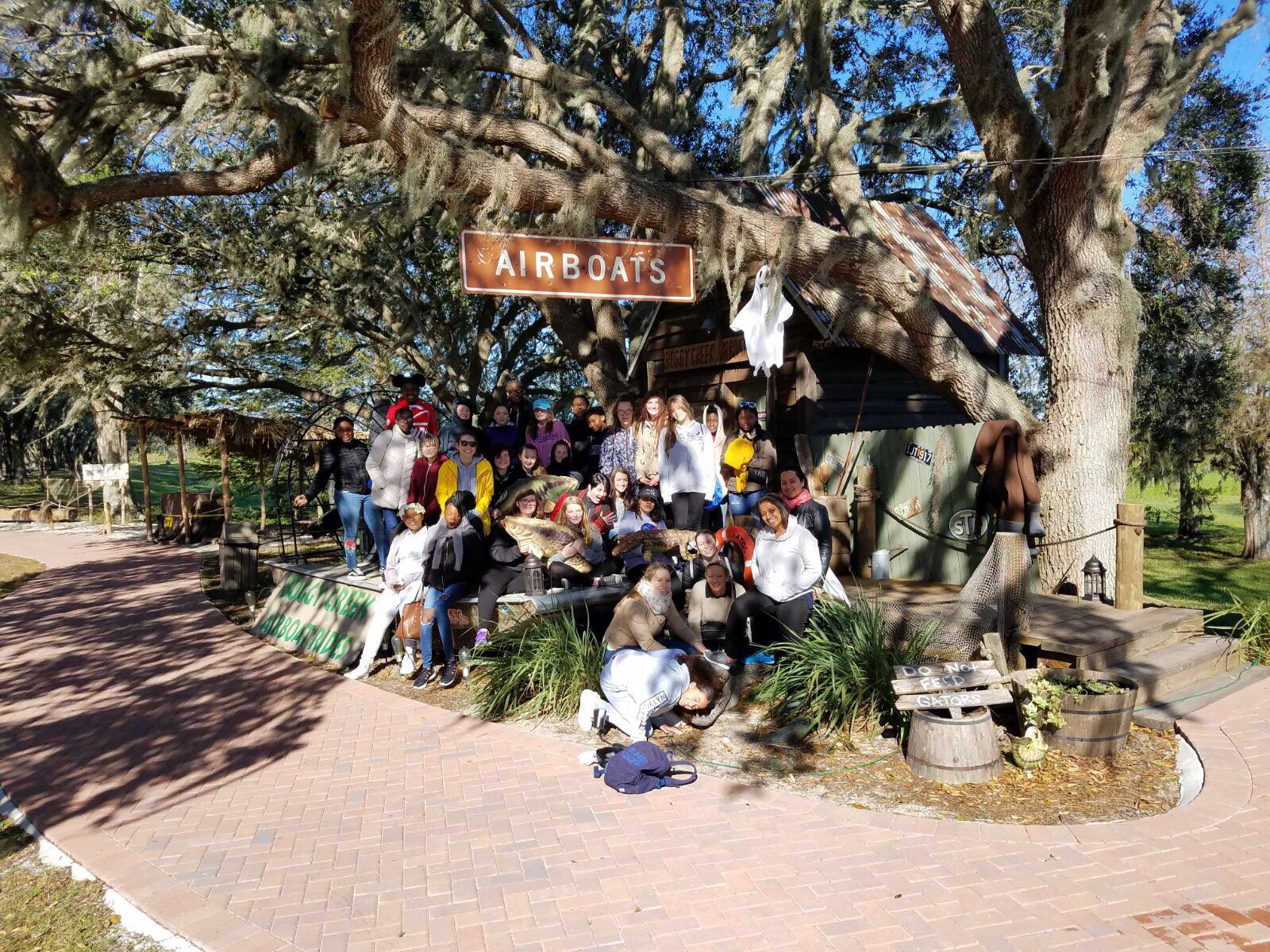 Students got to meet a lady from the local tribe and sang her song of friendship before heading off for some final indulgence at the Premium Outlet .... something the teachers definitely enjoyed on their final afternoon. 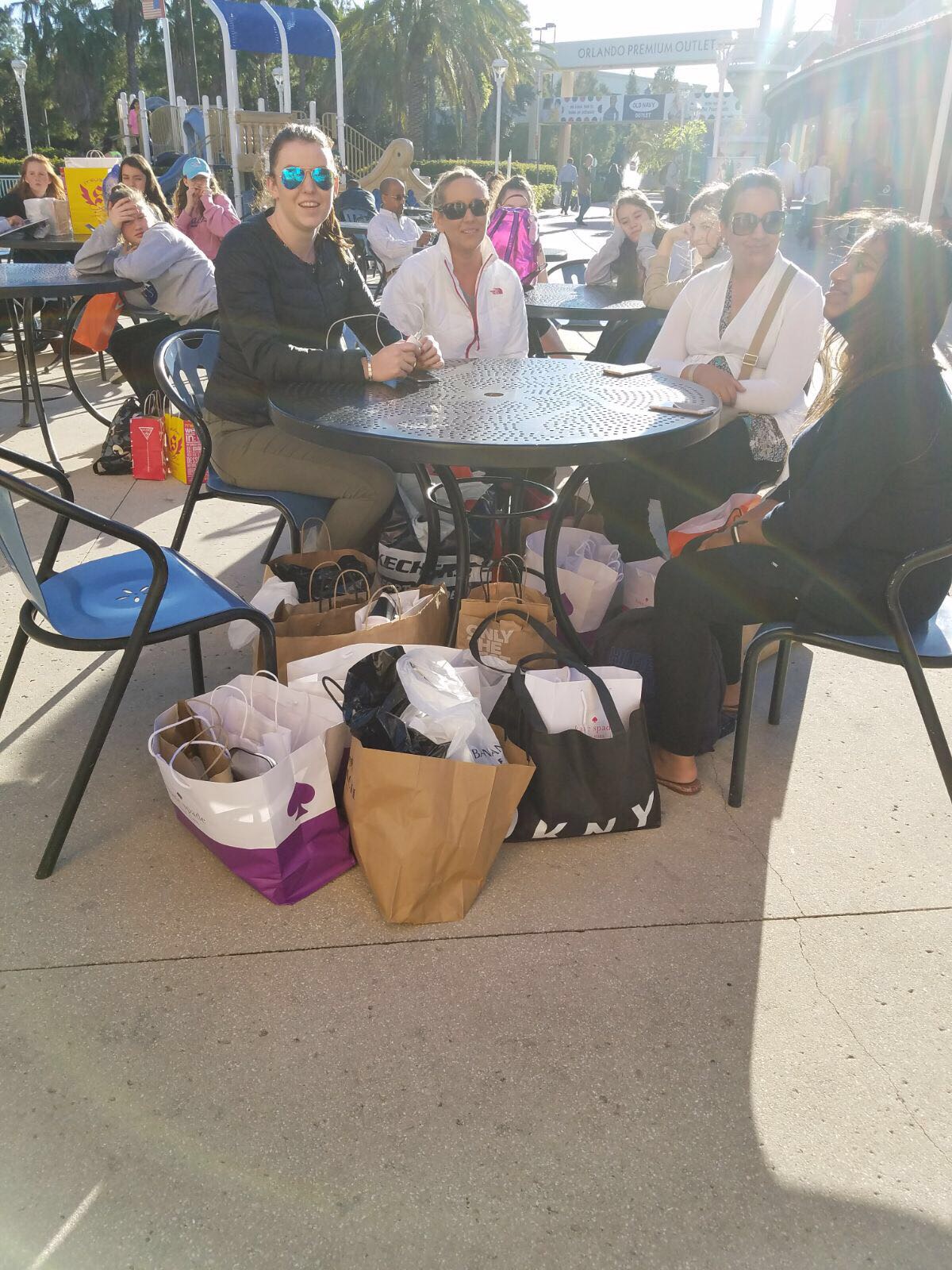 It was a fantastic week and all were very sad that it was over.

The girls were a credit to all, on what has been an exceptional trip!